In this post, a DevOps environment is created using Compose. The following picture shows the participating components in this post: 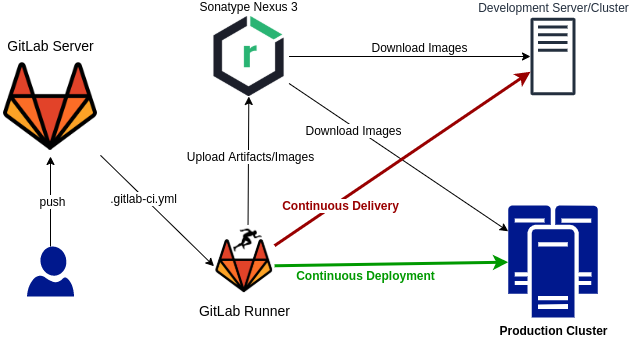 The DevOps environment is installed via Docker Compose. So it is the prerequisite, and you can learn about it in Docker to the Point - Part 2. It is also highly recommended to setup all the containers on the Linux box without any graphical desktop and NetworkManager must be disabled. You can use a virtual machine software.

During evaluation of this example, some unexpected network issues are encountered. After some search, due to this [Ref], Docker strongly recommends that NetworkManager must be disabled.

Then, follow the below steps (commands should be executed in DevOps directory):

Note: The above format (double-quoted values) are supported in newer version of docker-compose. For this tutorial, version 1.27.4 is used.

Now execute docker-compose ps and you must see all containers state Up (GitLab may take some time to become healthy). The following sections describe each application.

The Traefik reverse proxy is setup due to previous article Docker to the Point - Part 2:

The GitLab server is accessible via http://${GITLAB_DOMAIN}. At first, it asks you the password for user root. Then you can login via user root and the entered password:

The GitLab Runner is the agent for CI/CD of GitLab server. You can register multiple runners for a single GitLab server, and in this way the CI/CD processes can be spread over multiple nodes and CI/CD becomes scalable. 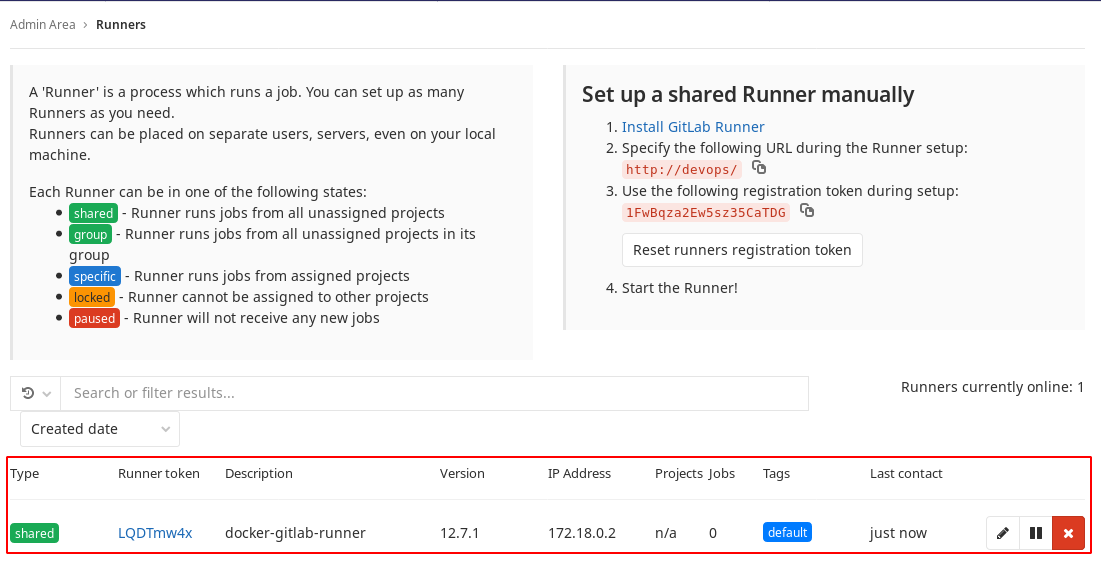 Note: In spite of Docker registry feature in GitLab, Nexus 3 is still the favorite repository management application for supporting other types of repository such as maven, npm, and so on. If you only need a Docker registry, then GitLab may be more convenient.

Note: The ${NEXUS_DOMAIN} (for pulling) and ${NEXUS_DOMAIN}:8083(for pushing) must be added as insecure-registries in /etc/docker/daemon.json config file.

In this section, using nexus repos for some platforms and languages are described.

Replace NEXUS_DOMAIN with your configuration in next sections.